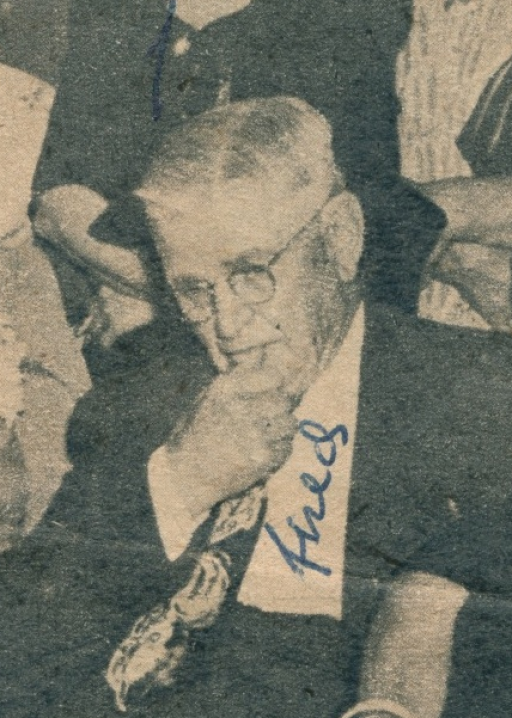 Dr. Fred M. Johnson, 75, one of the oldest practicing physicians in northeast Missouri, died at his home at Gorin, Monday morning at 10 o'clock.

A graduate of the Keokuk Medical College with the class of 1897, Dr. Johnson had been practicing in Gorin 53 years and during his long service to the community had ushered more than 2,000 babies into the world.

Three years ago, when he had completed a half century of practice, residents of the Gorin neighborhood held a 50th Anniversary banquet for Dr. and Mrs. Johnson on October 19, 1947 and his "babies", many of them grown men and women, paraded through the town with the doctor and his wife at its head.

Among the infants he has delivered in his 53 years were a set of triplets and 15 sets of twins. Five sets of these twins attended the celebration during which Gorin merchants gave prizes to many of Dr. Johnson's "babies".

Dr. Johnson recalled that when he set up practice in Gorin after his graduation from the Keokuk Medical College, there were two other doctors in the town, B. H. Edelen and A. H. Mackey. Both are now dead.

He married Edna Wiegner, daughter of Mr. and Mrs. Harry Wiegner of Keokuk and she worked at this side throughout the years.