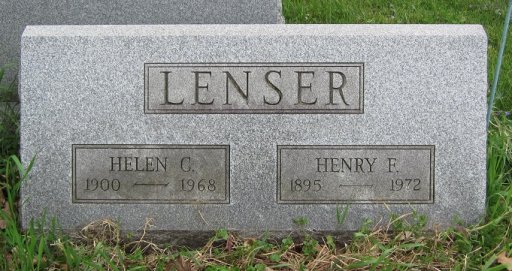 Regarding some of the incidents connected with the recent marriage of Miss Helen Clinger, of this city and Henry Lenser, of Cornplanter Hill, the Pennsylvania News has the following to say:

They left immediately for a wedding trip to Buffalo and Cleveland, but not without difficulty. Friends had tampered with their auto and it was necessary for them to call a taxi to take them to the depot to catch the Buffalo train, where they were surprised to find a large crowd of their friends waiting to give them a fitting sendoff. The taxi at once turned in the direction of Titusville, 15 miles distant, where the honeymooners met the same crowd of friends who had chartered a truck at Oil City and beaten the taxi to Titusville.

Mr. and Mrs. Lenser then sped away for Centreville, where their taxi arrived just as the just as the ? was starting. They caught it on the run, eluding their pursuers in real movie style. They will be at home at 12 Pearl avenue, Oil City, after today.