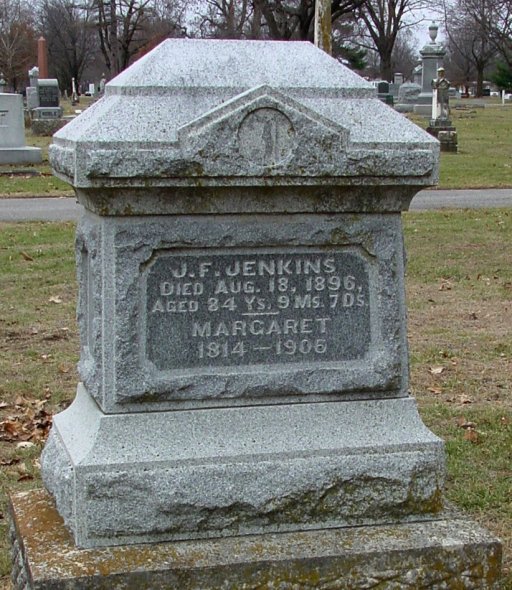 Jeremiah was the youngest of three children, and his father died when he was two years old.  He grew up in Bullitt Kentucky, working for his mother until 1836, when he married Margaret Cravens.  The family moved to Scotland County, Missouri near Etna in 1861, then to Memphis in Jefferson Township in 1863.  A family biography from "A History of Scotland County, Missouri" says that Jeremiah "Started in life poor, but evinced a strong determination to succeed, which he was successful. He now owns 240 acres of some of the best land in Scotland County. Our subject is a decided Democrat, is a member of the I.O.O.F., (Independent Order of Odd Fellows), and he and wife are members of the Old School Presbyterian Church."