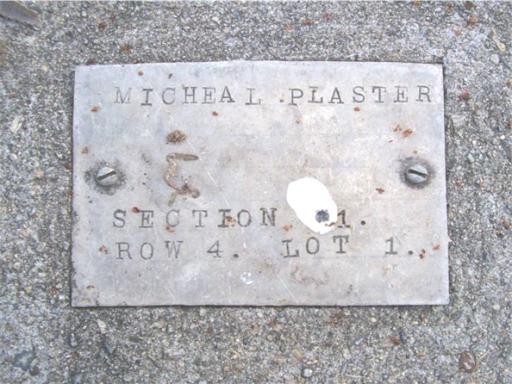 Michael Plaster's ancestors came from Germany, and he was a farmer and horse breeder.  He served under the company of Abraham Lincoln in the Black Hawk War of 1832, when he was eighteen years old.  Michael and Ruth Plaster, in 1857, made the 2,000 mile journey over the plains of the Oregon Trail to Brownsville, Linn County, Oregon. This was the full stretch of the trail, where pioneers followed the wide and muddy Missouri River to the Platte River.  The following is from an article on the trail:  "Those traveling to Oregon had a very tough time ahead of them...Families who were departing along the Oregon Trail gathered at small towns on the Missouri River, called "jumping off points." At this point their wagon trains would have been almost completely outfitted. The wagon, which was made of seasoned wood to withstand extreme temperatures, was hauled by four to six oxen."